Canada’s financial sector understands the importance of the oil and gas industry to Canada’s economy.

This is a news compilation setting the record straight on the day’s top stories about the oil and gas industry.

As global investors pull away, RBC, CIBC, TD Bank and other giants double down.

Canada’s financial sector understands the importance of the oil and gas industry to Canada’s economy. 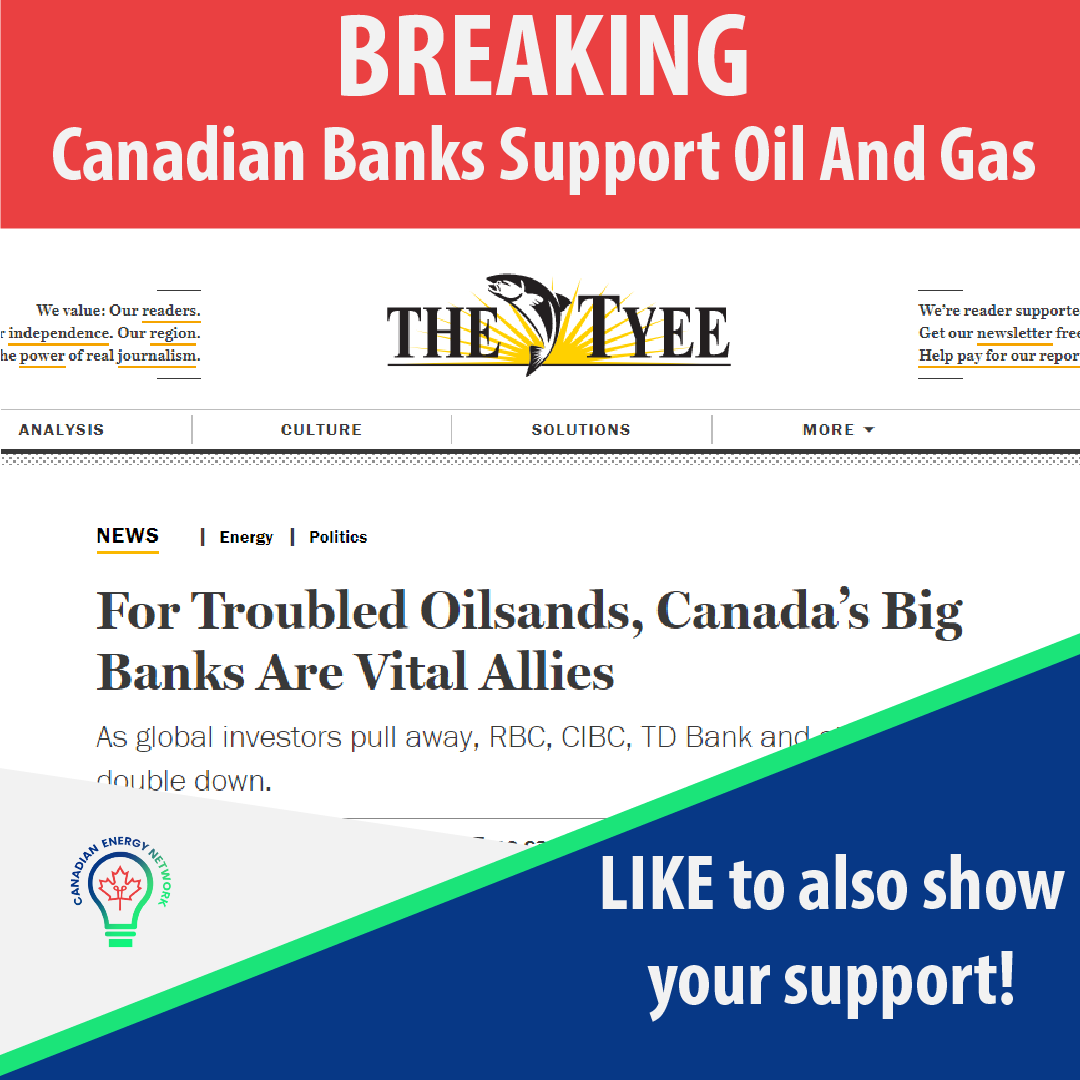 Prices have stabilized but recovery in energy requires a signal of support from Ottawa.

Mary Anastasia O’Grady writes in the Wall Street Journal what many in the Canadian oil and gas industry are thinking – why does the government not want to signal support for the industry. Large producers had to bang their pans to get the Feds attention but small and medium sized companies are still clamoring for assistance. Asking for support seems like it is too much to ask for this government.

Rex Murphy writes that pleas from Alberta and now Newfoundland for the federal government to support the oil and gas rings silent. Oil and gas are major contributors to these provinces economies, let alone Canada’s. However, as Murphy notes, the government and prime minister might just not think helping these industries is important.

By all calculations, the Canadian Centre for Policy Alternatives misses the mark on LNG.

Don’t conflate ‘peak oil and gas’ with the drop in demand due to COVID.

Letting Canada’s oil and gas industry die for a ‘green recovery’ would be reckless policy.